This fantastic fan port of the SNES classic Mega Man X is a sight to behold! It is noticeably harder than the SNES version, has less slowdown and in some areas improves upon the SNES version. Noticeably, the waterfalls in the background near the end of the armored armadillo stage are now actually animated!

Here’s hoping the developer finishes this project! Gameplay is captured on the Analogue MEGA Sg. I have enabled one of the Mega Sg’s graphics smoothing filters for this recording. It’s my preference. The best way to play Sega Genesis games in HD!

For more information please check out this link: https://www.retrorgb.com/unofficial-mega-man-x-port-for-the-genesis-looks-fantastic.html

How Do Microorganisms Reproduce?

Should Young People Be Afraid? | Coronavirus

The Leaning Tower of Lire

7 Ways We Know What’s Inside the Earth

The Biggest Lie About Climate Change

Everything You Need to Know About Planet Earth

String Theory Explained – What is The True Nature of Reality?

Geometric constructions: perpendicular line through a point not on the line

How Jupiter’s Moons Showed Us the Speed of Light

How Many Holes Does a Human Have? 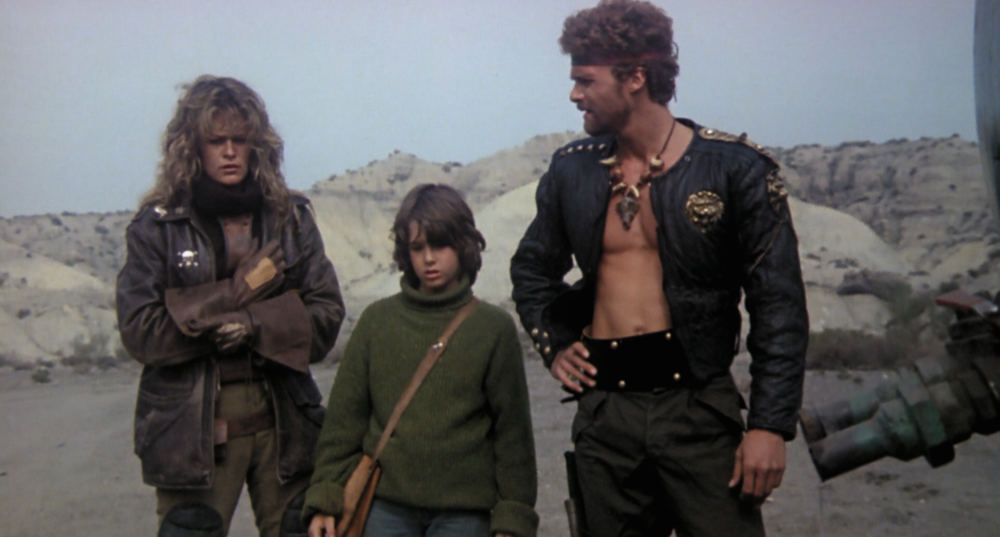 In a post-apocalyptic future where the earth is a desert and water is the most precious substance of all, a band of survivors must turn to a mysterious stranger to battle a ruthless gang of motorcycle psychos for control of the wasteland and the water. A glorious crash of guns, nuclear fallout, and synthesizers make this a must-see for anyone who’s been longing for the day in which they can finally get beyond Thunderdome.

Widowed, assaulted and left for dead, a former actress (Deborah Tranelli) recovers and gets revenge.

In the year 2021, women have been enslaved by men, with their only hope for freedom lying in the hands of a nomadic band of maiden warriors. The maiden warriors Alee and Vera tap Marya and her hawk to help them.

If you love bands like Tool, then you will probably appreciate KLOM.

If you like what you hear check out their bandcamp! https://kolm.bandcamp.com/

Such a talented youtuber! Show your support and Subscribe to Randi Rain on yourtube. She refurbished, repairs and remakes retro toys such as Tomy Robots. The more you watch her videos the more talented you realize this crazy scientist is!

A team of astronauts is sent to the moon to rescue an alien who is seeking help to save her dying race. They are attacked by a force of bandit robots and discover that enemy spies are out to kill the alien.

April 1979 TV spot for the theatrical release of “Buck Rogers In The 25th Century” which was slightly edited to be the pilot episode of the NBC series of the same name the following September.

The Troma Team is proud to present SCREAMPLAY, the story of aspiring screenwriter Edgar Allen (Rufus B. Seder) as he arrives in Hollywood carrying his most valuable possessions: a battered suitcase and a typewriter. Edgar Allen’s best attribute is his wild imagination. He imagines scenes so vividly for the murder mystery he is writing that they seem to come to life…and they do! As mysterious murders pile up, and Edgar Allen must confront aging actresses, rock stars, and the police in the bleak setting of broken dreams in Hollywood. As the line between reality and imagination becomes more blurred, Edgar Allen convinced the only way to be a real writer is to suffer, is driven slowly mad. With an appearance by legendary writer, director and actor George Kuchar as Martin, SCREAMPLAY is the gritty suspense fest that takes Hollywood by the throat and strangles it!

Slave Girls From Beyond Infinity (1987)

Planet of the Vampires (1965, Science Fiction/Horror) Trailer for the Mario Bava directed film which is widely claimed to have inspired Ridley Scott’s Alien and Prometheus. In the near future the two spaceships Argos and Galliot are sent to investigate the mysterious planet Aura. As the Galliot lands on the planet her crew suddenly go berserk and attack each other. The strange event passes, but the crew soon discovers the crashed Argos – and learns that her crew died fighting each other! Investigating further, the explorers come to realize the existence of a race of bodiless aliens that seek to escape from their dying world.

A young farmer sets out to recruit mercenaries to defend his peaceful planet, which is under threat of invasion by the evil tyrant Sador and his armada of aggressors. This is campy early 80s science fiction cheese at its very best!

This website uses cookies to improve your experience while you navigate through the website. Out of these cookies, the cookies that are categorized as necessary are stored on your browser as they are essential for the working of basic functionalities of the website. We also use third-party cookies that help us analyze and understand how you use this website. These cookies will be stored in your browser only with your consent. You also have the option to opt-out of these cookies. But opting out of some of these cookies may have an effect on your browsing experience.
Necessary Always Enabled
Necessary cookies are absolutely essential for the website to function properly. This category only includes cookies that ensures basic functionalities and security features of the website. These cookies do not store any personal information.
Non-necessary
Any cookies that may not be particularly necessary for the website to function and is used specifically to collect user personal data via analytics, ads, other embedded contents are termed as non-necessary cookies. It is mandatory to procure user consent prior to running these cookies on your website.
SAVE & ACCEPT